Thank you to all who participated in the 2022 MDSA World Cup.

Across the six divisions, 43 teams competed and more than 500 youth soccer players participated in a competition that takes place thanks to an all-volunteer league that supports the community.

A quick review of this year’s age division champions…. 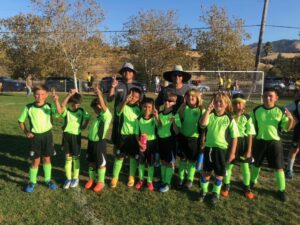 With 15 teams, the B10U age group was the most competitive of all divisions and Nigeria, led by Coach Mick Rognlien, battled to glory after beating New Zealand in a thrilling Penalty shoot-out at Boatwright on a sunny Sunday afternoon.

Nigeria started their World Cup campaign in the short-handed 3 team Group D and only won the group on goal difference after one win and one loss.  Nigeria avoided the eliminator round after their planned opponents England did not record enough referee points to proceed to the knockout stages.  In their quarter final Nigeria experienced a penalty shoot-out for the first time after drawing with Brazil in a 4-4 thriller, eventually progressing after defeating Brazil on sudden-death penalties.

In the semi-final Nigeria faced Republic of Ireland and were trailing 2-1 entering the final quarter of the game but staged a stunning comeback to win 3-2 and progress to the final against New Zealand.  Nigeria withstood many long periods of pressure during the game and their defense and goalkeeper kept them in the game, allowing two glorious goals to see them through late.

In the final Nigeria fought to a 1-1 tie against a New Zealand team who had proven so strong during the regular season, after a goalless extra time failed to find a winner Nigeria eventually won the championship, again on sudden death penalty shoot-out!